Innohome has been innovating and creating IPR for 15 years already. The most important company asset, together with the people, is the IPR ownership. So far we have filed huge amounts of patents worldwide. Most of these are related to the fire safety, home automation and connectivity.

We are happy to announce a yet another new EPO patent granted to Innohome. New innovation is preventing fires and monitoring poor air quality. Both material improvements to everyday life. 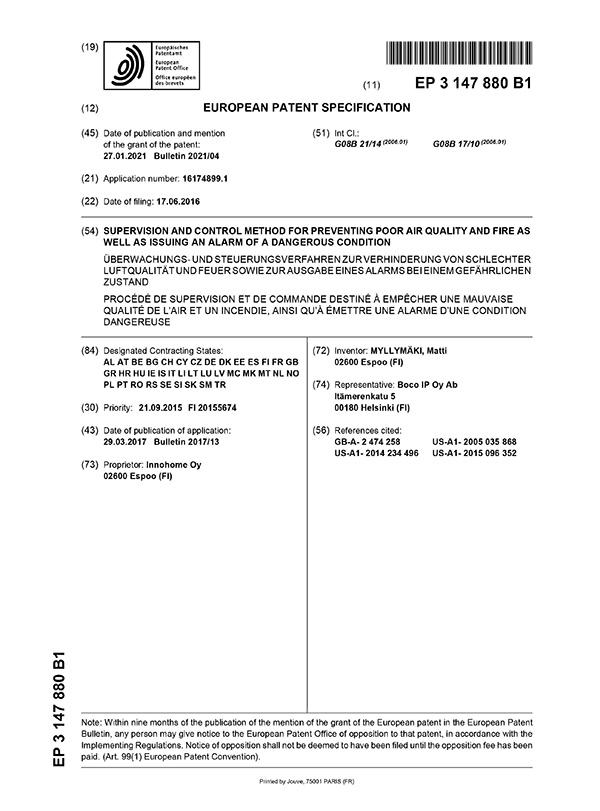 From the patent description:
“Along with new materials, household fires have become a great problem. Traditional materials burn more slowly and do not ignite as easily as present-day materials. Present-day materials and electrical devices as well as home appliances ignite more easily and in their fires is created a rapidly fatal hydrogen cyanide, for which it has not been possible to develop a sensor or an alarm.

It is also known that the kitchen is the most dangerous place in the home in relation to fires, but smoke and carbon monoxide indicators are not recommended in the kitchen because they cause too many false alarms and also do not act fast enough in all situations.”